One day, without expecting it, she will realize that she deserves much better than all that.

And maybe it’s something she has understood for some time, but until then, she still believed in you.

She still chose to see only the good in you, no matter how many times you disappointed her.

One day, she will understand that nothing was her fault and that her feeling of not being good enough for you was never justified. 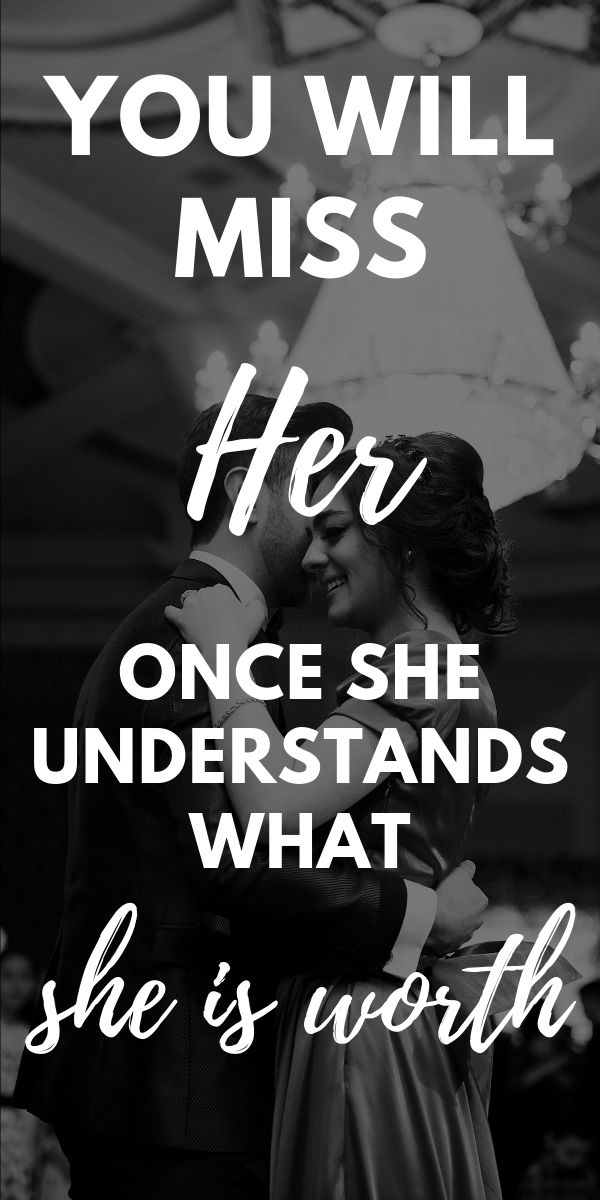 If you have been unable to understand what it is worth, it is your only fault and responsibility.

And it is there that she will hoist herself up on this pedestal that she has reserved for you until then.

And it is also at this point that she will start to gain self-confidence, the way she once trusted you.

Someday she will realize that it is not supposed to be that difficult.

She will stop believing in your excuses and give you a second chance when all this should have ended years ago.

One day, she will simply be fed up.

She will be fed up with your little games.

She will be fed up with all the doubts in her, wondering why one day you seem to love her and the next, hating her.

Maybe she had too much love for you.

Maybe she did a little too much.

Maybe she was a little too honest.

Maybe she was responding a little too quickly to your messages.

Maybe there were too many likes, not at the right time and too quickly.

She was always the first to open your Snaps.

Maybe the tags on Facebook were getting a little too heavy for you.

And her messages sent in a row went against everything she should have done.

It made your job too easy.

You knew she would always answer you, very quickly.

Everything was honesty and authenticity. Brutal honesty that you have never faced before.

She loved you, she worried about you and she was not afraid to tell you about it.

Social media was just one more pawn in your game, a game in which she was never called upon to take a role.

In truth, you care about her. I know it is and she knows it too.

But you don’t care about her enough.

And there will come a day when she will really realize it.

She will learn to differentiate between a priority and a choice.

She will learn to differentiate between finding time for someone and only doing things when it suits us.

And she will finally learn to tell the difference between you and her because she chooses you every day of her life.

It picks up every time you call it, whatever the time.

She runs to you whenever you ask her, without asking any questions.

But she knows that she cannot demand the same from you.

Because asking for something means being disappointed. Besides, she doesn’t ask you for anything.

She will leave you without a goodbye.

And you will miss her eventually.

But for her part, she will choose to give her time and energy to someone who will not need to play with her feelings to understand her own.

And he will not need excuses or pretexts.

He will not cancel at the last minute.

It will not reprogram at the last minute.

He won’t tell her things, just because that’s what she wants to hear.

He will not play with it.

He will tell her that he cares about her and he will prove it to her every day.

And that’s when it will hit you …

There will be fewer and fewer likes.

You will no longer see his name displayed while watching your story. And you’ll end up posting photos, just to see it appear.

You will send her a message, but she will not respond to it immediately.

And if it does, it will only be for a cordial and formal discussion. She will not pounce on you and will not try to see you again. She will simply ask you how you are doing. And you, you will only want to answer her one thing: that she misses you terribly.

But you will not say anything, because you will finally understand that she deserves much better than you.

And when you realize that she no longer belongs to you, she will appear to you as the most beautiful woman in the world. And you will regret not having told her before when you had the opportunity.

You can only admire her from afar, as she admired you from afar too and for so long. You can only wait and hope.

Often, it is only when we lose someone that we realize that it was our only dream and our only choice. Unfortunately, by that time, it is already too late.