Because she still loves you.

If it gives you a second chance, it’s probably because you’ve already used the first one.

It’s probably because you hurt her, broke her heart, and made her doubt herself.

What I can tell you about her is that despite her tears and sleepless nights, while you haunted her thoughts to the point of making her bend, she still loved you.

She loved you despite all the arguments in which she left in tears, without you ever following her.

She loved you when she saw you fall in love with her and she hoped with all her strength that it would never end.

She loved you when everything collapsed and was broken.

She even loved you when you left her, swearing it was over and that you would never come back.

For a long time, she believed that she would never recover. She held on as best as she could, but she still missed you.

But life always ends up taking its course. And the nights spent crying on the bathroom floor have been replaced by that one feeling of missing you.

Because she knows that we all make mistakes.

She moved on, she met other people and even while healing, she still thought of you. She compared everyone to you. But she refused to brood over the past and cling to a lost and painful love.

But one day it hit you. She missed you. And you looked for it in each of the people you met; unable to find her among them.

It was your turn to turn over in your bed and rehash the separation for which she must hate you.

But she didn’t hate you. It is her peculiarity, even in your wickedness, in your bitterness, she loves you, for all the beautiful things that you have brought into her life. She accepted you and your faults … As if they were not much.

She still loved you, but you no longer deserved her unconditional love.

The weeks in which you wrote messages and then deleted them became months. You wanted to send them but you were afraid. Fear she’s moved on. Afraid she realized she deserved better. Afraid she doesn’t love you anymore.

But one day, you ended up pressing “send”.

And I can tell you exactly how she felt when she saw your name on her screen. A shock. Disbelief. The fear.

She had advanced so much and honestly, she didn’t think you would come back. But you were there after all this time.

Because she followed her heart and not her reason.

And everyone questioned their choice to open the door for you again.

But she didn’t listen to anything. That’s how it is with girls like her, all her choices come from the heart and she follows the latter, as scary as it can be.

The cordial conversations and the discussions about the rain and the good weather quickly turned into projects.

And it was when she approached you that you realized how beautiful she was. But beyond that, there was something new about this girl. There was a force that you had never seen in it. She didn’t talk about the past and didn’t ask you why you came back, she just welcomed you with open arms, with that same big heart that you had yet broken.

The conversation was simple. Everything was so simple with her.

Because she got rid of the pain.

But behind her strength and beauty, her smile hid something else. The fear. The doubt. Pain. She didn’t know why you came back, but she had been forced to put on this mask of courage and try to forget.

And you realized that this girl you thought was weak because crying during the separations, this girl sending too many messages and calling you as soon as she was drunk, begging for another chance was anything but hopeless. She was just the opposite.

And then she sat across from you and it was like she could read inside of you.

You understood that the only thing that had changed in her was that she had realized that she did not need you. This girl had learned how to rely only on herself.

There is nothing more beautiful than a person who realizes his strength and his value.

You understood that you did not deserve it, but from this precise moment, you were going to do everything to prove him the opposite.

An “I love you” quickly came out of his mouth, as easily as before. 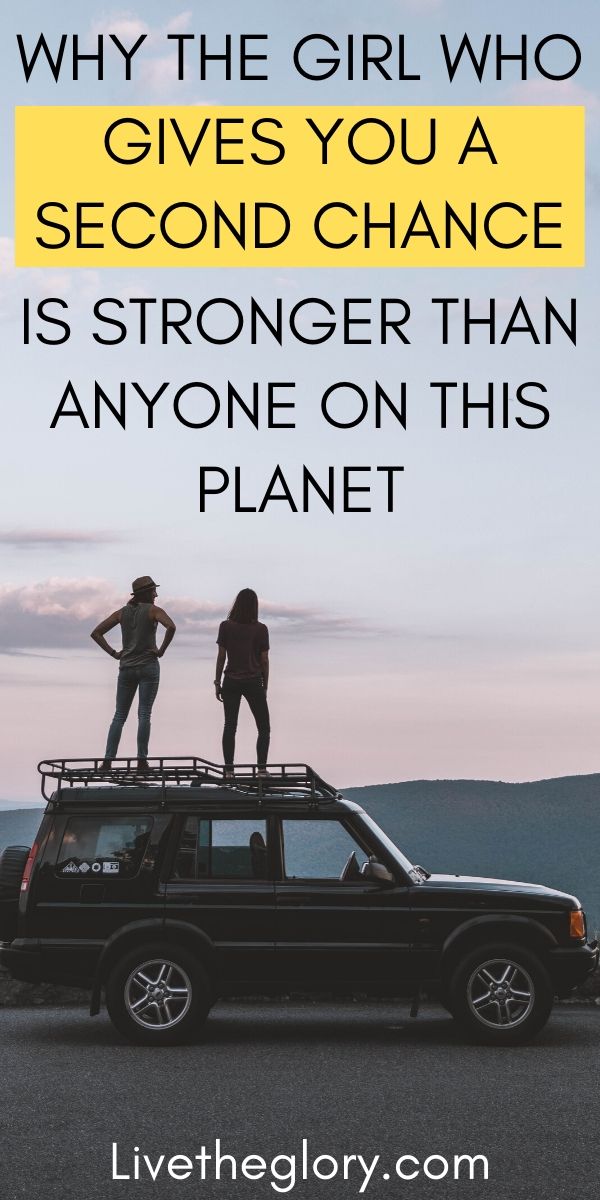