After a few months of dating, you have the right to want an official relationship. Only the conversation is not really the easiest to have. You are given the keys to lead it without fear.

After a few weeks of more or less recurring meetings and a growing attachment, we slowly begin to want to transform this in-between into something serious. We never really asked the other if he or she only saw us, but we tell ourselves that until we raise the issue, we will never be sure.

Obviously, the discussion of exclusivity has little to do with the very official character that we can find in it across the Channel or across the Atlantic (based on “we are never exclusive if we have not put the word on our relationship “, anguish). But it is always useful to evoke it to know where we place ourselves in the complex circle of modern relationships.

The only thing is that we want to broach the subject without freaking the person out, or getting into a conversation that we will regret. And above all, we want to say what we think and express our desires for the future.

On the same wavelength?

The important thing, as life coach Nadia Dalbani explains at HuffPost UK, is “to lead them to reflection by saying sentences like: ‘What do you think of the time we spend together, the last months during which we met? ‘”She adds:” The best approach? Bring things in a soft and subtle way “, rather than going free, therefore, while knowing exactly what we want – and not being afraid of the result.

Because there will be two issues: the first, ideal, is that the other wants the same thing as you, an exclusive relationship that leads to the concrete. The second, more complicated to manage: he or she is not “ready to commit”, “does not really believe in monogamy “, “is not sure of wanting to continue” with you. In this case, it hurts, we can not say the opposite. But it is better to find out sooner than later.

“It is sad and upsetting, but it is better to tear off the bandage, move on and meet someone who has similar desires in terms of relationship,” says Aimee Hartstein, psychotherapist. “We really expose ourselves when we go out with someone. Even if it’s difficult to hear, it’s much better to know very early if the other wants the same things as us.” Record these words, and print them on a t-shirt if necessary. 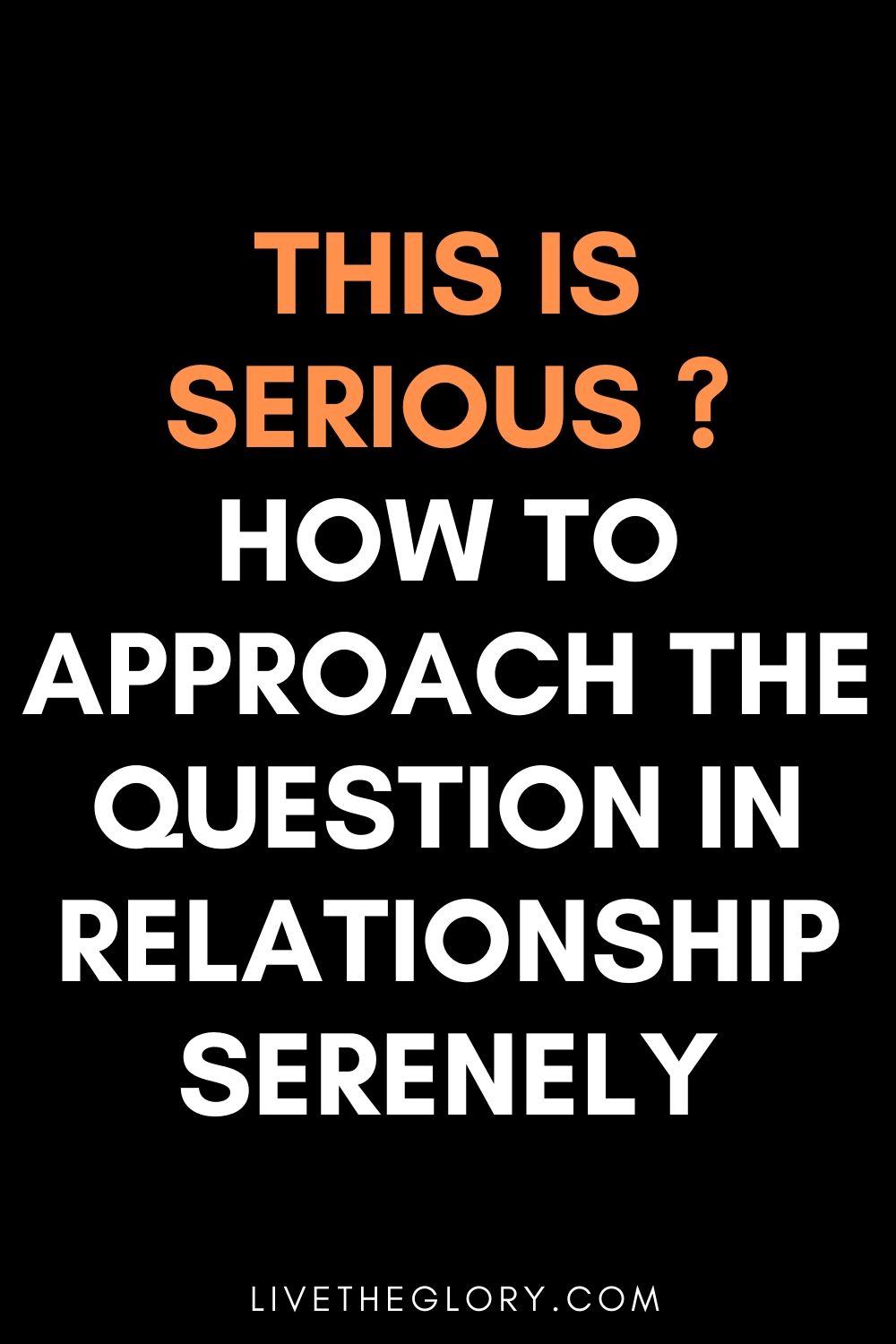