Always looking for attention, Aries will do something like Piper Perabo, or Seth Cohen, and will look to jump on any occasion. He is not patient enough to wait for you to stop ignoring him, so he declares his feelings immediately in front of a crowd of people, denigrating any potential rival, even if that can annoy you a lot. He is confident in his performance, which he has clearly rehearsed, however, and it is clear that he is not ready to give up without a fight, so he may get what he wants as always.

A Taurus will spoil you as much as possible. He will no longer be content to have fun but will ensure that you only have the best in terms of food, wine, and gifts. You just have to ask. He’s the kind of person who shows up when you’re sick with the new pajamas he bought you, who changes your sheets and tucks you up, and who orders take-out meals at this Italian restaurant where you can never go without reservation. You will know that he is really at his best when he is ready to “fight” with you in your favorite underground bar, or when he opens enough to stop pretending and discuss his feelings and problems with you.

A Gemini will clearly tell you what he needs, put you on his busy schedule and be honest with you as his moods and feelings fluctuate and change. He will open his life to you in the hope that you will be part of it. He will tell you when he will need to be alone with the hope that you will be there when he is ready to be social again. He will tell you exactly what is going on because he really wants you to understand because he already sees that you have the ability to do it. When he feels comfortable enough to let you anticipate these needs and use his intuition to understand his feelings, you will know that it is love.

Cancer loves to receive, so if he has serious feelings for you, he will invite you to meet his friends and family, and if you are in a room full of people that Cancer loves, you can assume that you too belong to this category. Their sentimental and nostalgic nature will be manifested in romantic gestures of this kind. He’ll track down the toy you’ve always wanted on Amazon until he finds it, surprise you with a trip to the place where you met him, or sing your favorite song for you at karaoke. When he trusts you enough to show you his childhood photos, that will say a lot.

Leo is the warmest and most loving star sign, so there will be no confusion as to his feelings. When he takes care of you, he will feel like basking in the sun, and he will not be too shy or hesitant to tell you exactly how he feels for you. But the real sign that a Lion loves you is the way you both weather a storm. When he decides not to stay cold after a disagreement, when he learns the art of forgiveness and offers his sincere apologies, you will know that he is with you.

A Virgo will make a list (of course) of all the reasons he loves you, and you can tell how long it took him to write it by the number of different ink colors he wrote with. It may even be a color code. Smile, hair, and eyes in blue. Spirit, intelligence and political beliefs in purple. Sex in red. Etc. Don’t get too upset if you find a list of pros and cons behind, even if it’s very Mr. Darcy on his part. It just means that your Virgo has really thought it through and sees you in the most realistic way possible. He does not live in a fantasy or an illusion. He has made a conscious decision about what he wants. And it is to be with you.

You will know that a Libra loves you by his certainty. When he doesn’t feel rushed or forced to make a decision, because he’s not confused about how he feels. A Libra will be your biggest supporter and show you how much he admires and respects you. He will have the impression of having really met his partner, his equal, his other half, and he will show it to you with all your affection. If you’ve helped him through a particularly difficult week, he’ll make sure to thank you in more ways than one. You will know that he is serious when he makes the effort to give as much as he receives.

He won’t do it. A Scorpio will do everything possible to tell you that it is not love. He’s probably going to blame it on his healthy libido (reading, doing CrossFit) and ignoring it. But when he lets out contradictory statements about how he values ​​your personality, he will be caught in the act. How will you know that you are not another Scorpio trophy? When he begins a sentence with “I never said that to anyone before…”, or when he reveals the epilogue on one of his many conquests. The part where he was injured. Because if a Scorpio admits that he has feelings of any kind, it’s implicit that he has them for you.

It will be written on the face of a Sagittarius. You will feel it in the way it touches you before he has even realized it himself. He’ll stop teasing you and be painfully serious when he worries about you, and if he ever admits he’s worried about anything, it’s because he gave up on his clown show. class and let you in. Dry and brutally honest, when a Sagittarius loves you, it will be the only time you will appreciate his frankness. But if the direct words are not enough to convince you that you have tamed a wild and freedom-loving Sagittarius, you will know that it is love when he comes back to you after each adventure with the desire to share all his stories when you ask him, “you come to pick me up at the airport”?

Capricorn is patient, careful, and business-oriented, so it will take love one step at a time. You will know that he is engaged when he begins to consider your relationship as a long-term investment and that he will constantly give his time and affection knowing that a continuous effort is necessary to succeed. A Capricorn is also traditional, so he can wait to tell you that he loves you until he is sure it will last, but by then he will always be the one who will be there. He is the type to send you lunch when you forget your wallet at home, to bring you your breakfast when you have a hangover, or to think of the birthday present that only you would like. Being there for you is the way he will express his feelings.

An Aquarian in love will be your greatest lawyer. It is the astrological sign with the largest heart and you will know that it cares for you when it turns its humanitarian efforts towards a cause which is close to your heart. It can be a political or social cause or even a gesture of kindness to your friends and family. He is the type to organize a surprise party, or simply organize spontaneous outings to ensure that you have an unforgettable time. Always off the beaten track, be ready to try something new with him, as he will express himself by creating breathtaking experiences that you can share.

There is so much going on in his head that you will know that he is in love when he begins to let you into all the dreams and creative thoughts in it. When he no longer feels the need to escape reality because he is so present in what you both share, he may even choose to verbalize these feelings, but do not be surprised if it is not fully intelligible because of laughter, tears or a mixture of the two. If it’s too difficult, ask him to write it all down, and when I say everything, know that it will definitely be longer than a text. 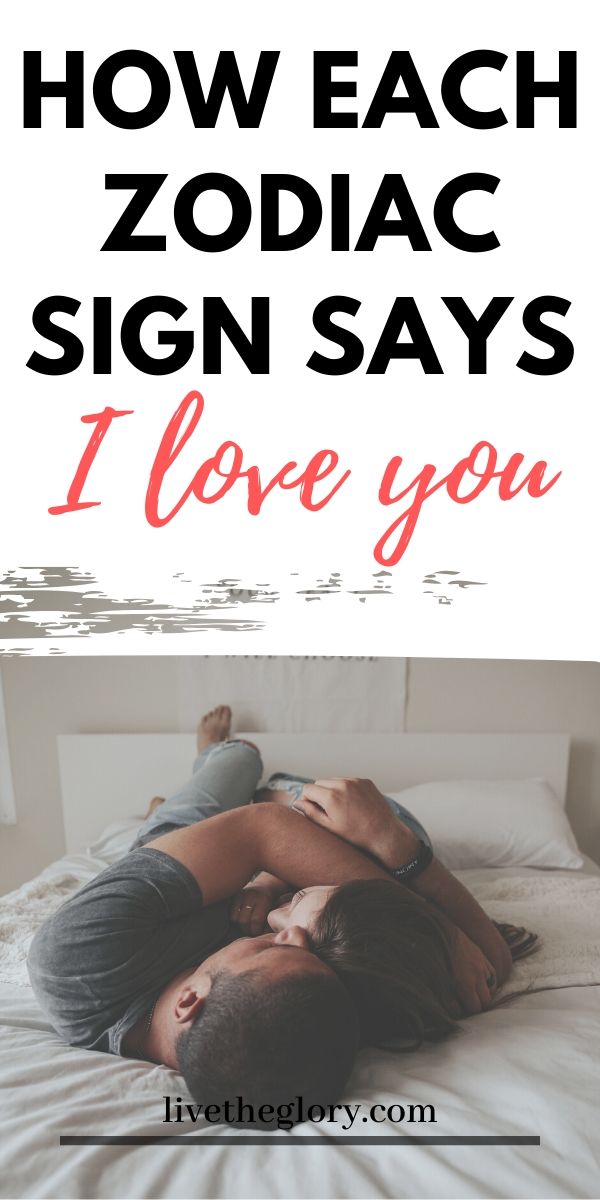