When it comes to seduction, words are not the only means of showing interest in a person. Body language, in particular, can be an effective tool because it allows you to express many things without having to speak. Attitude, posture, gestures and movements are indeed a formidable weapon to seduce. 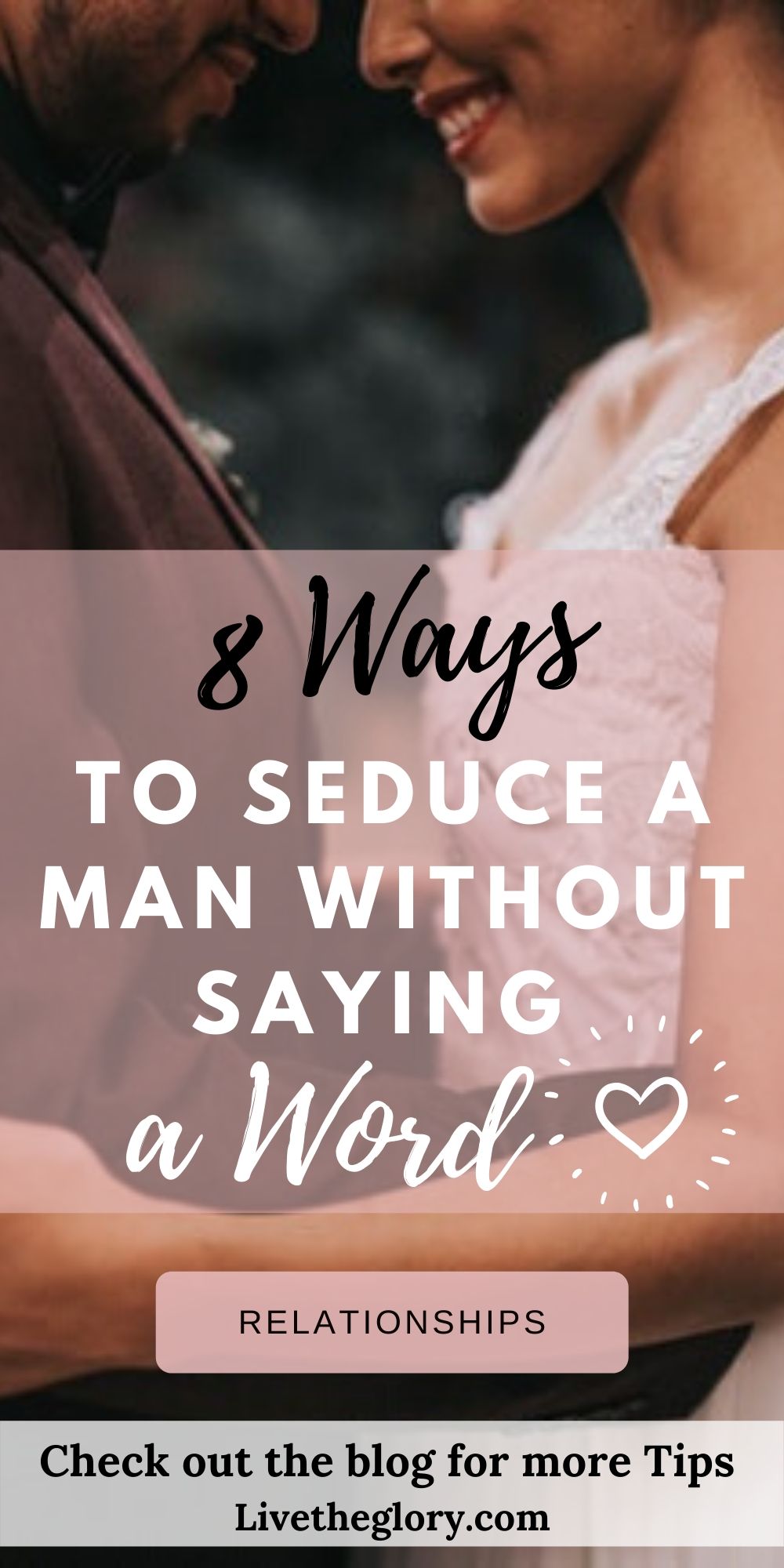 Here’s how to seduce a man without saying a word

It is not for nothing that we were taught from our childhood to behave properly! Keeping your back straight, your chin up and your shoulders high will give you a confident air and will not fail to distinguish you. You will certainly not go unnoticed by the man you want to seduce.

When you want to sit down, do it with discretion. Pull the chair smoothly, lifting it slightly to prevent it from squeaking. If you are wearing a dress or skirt, avoid opening your legs. Gather them rather than crossing them and put your feet under the chair instead of spreading them out.

Still in terms of posture, crossing your arms is also not recommended, because it can make you seem unapproachable. It’s like putting a barrier between you and the people around you. So leave your arms slightly open, to look more welcoming and attractive.

Take out the seductive smile:

While it is not recommended for men to go out the devastating smile to seduce women because they find that it gives them a feminine air, it is the opposite for women.
Indeed, a seductive smile, falsely shy, is a fatal weapon to attract attention and seduce. Try to be as natural as possible!

If men are more likely to touch their face to seduce, because it draws attention to their more masculine features, women have the reflex of playing with their hair. A classic gesture, but which does not fail to have an effect every time!

Wrap a wick between your fingers, casually, throw your hair back with a skillful gesture or discreetly place a wick behind your ear. This capillary display will have a guaranteed effect.

Imitating the gestures of the other person or someone nearby can have a positive effect on their relationship. This technique, known as the mirror effect, consists of repeating a person’s gestures, without simulating them.

If you spot a man you like, try to copy his movements discreetly. If he is playing with a keychain, do the same with a pen … It is important that the gestures are similar but not identical. It is known that the more a person has the same movements as us, the more we want to trust them.

Generally, women avoid the gaze of the men they want to attract. They, therefore, try to watch him discreetly by looking away each time he meets theirs.

Know ladies that a little stealthy look or out of the corner of your eye, is just enough to tell him that you are interested without overdoing it.
From time to time, try to sweep your eyes around the room where you are, avoiding his gaze if you notice that he has eyes on you!

Wait for his signal:

If you have followed all of the above steps correctly, he will certainly send you his own signals to express his interest. Pay close attention to his gestures and movements, as they can be very expressive.