Many relationships end because of differences in maturity level. One partner can plan for the future, while the other prefers to move forward in life by adopting a “free style” approach. Maturity comes at a different age for each person. If your partner is the same age does not necessarily mean that he is as mature as you. Therefore, there are things that a mature man can never do, especially in a romantic relationship. To find out, read on. 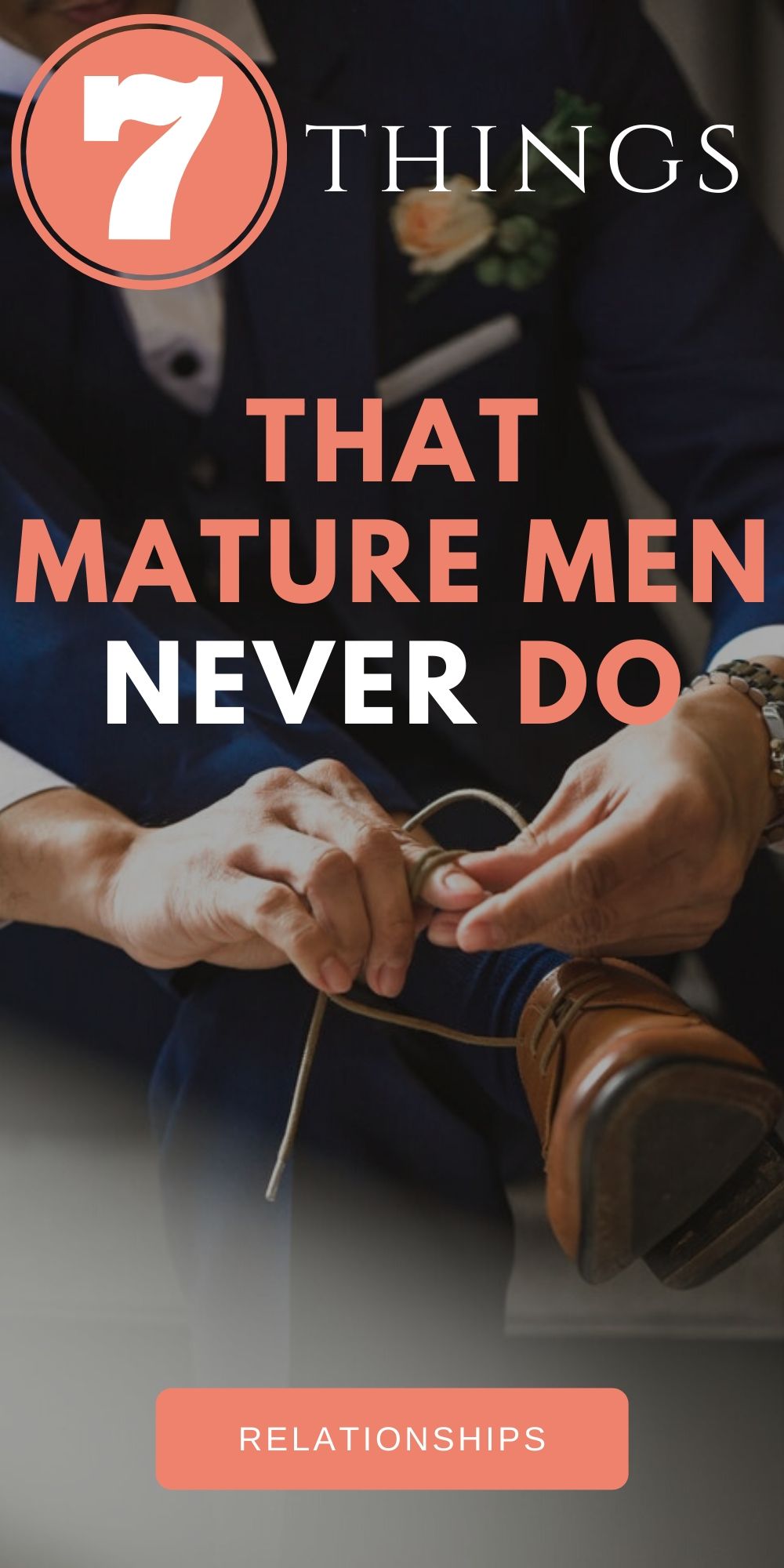 A mature man will never do these seven things:

When a man reaches the age of maturity, he begins to realize that shutting himself in his room and hiding the world will not repair anything. A mature man knows that the best way to solve a problem is to face it and find a solution. He does not run away from his problems, he deals with them with responsibility.

A man who really loves you will never criticize you. Be it your appearance, your weight, your work, your hopes or your dreams. A mature man is a support. He will never break you to satisfy his own ego. He wants you to be happy.

A mature man knows that showing emotion is not a sign of weakness. It is a sign of a human person, of being open and vulnerable. He does not believe that he is lowering himself by sharing his feelings or telling you that he loves you.

A mature man will never give you the feeling that you are not a priority .. Instead, he will try to include you in all dimensions of his life. He will take you to meet his family and friends, and he will engage in a serious relationship. He may want to go out with his friends from time to time, but he will not let you down. He will always find time to spend with you.

There are many ways to be respectful in a relationship. A mature man will never oblige you to do anything against your will. He will never go beyond limits and will never make fun of your beliefs. It will respect your personal space and your feelings. He knows that a healthy relationship is based on mutual trust and respect.

A mature man takes time for his parents. He appreciates how they took care of him, and he is happy to do the same. However, it does not allow them to make decisions for him. He has his head on his shoulders and behaves with love, kindness and respect when it comes to his family. But he will not let his parents treat you badly.

A mature man does not think only of the present. He can live in the present while making plans for the future. It provides for many things, such as a life together, a house, children, etc. He is ambitious and wants to go as far as possible with you.