When life as a couple turns sour, separating can sometimes be a real dilemma. You close your eyes to those things that horrify you, you want to give it a second chance, you are afraid of being alone even if you are dying to take the key to the fields. Tell yourself that when the relationship is at a standstill, you don’t have to make excuses. 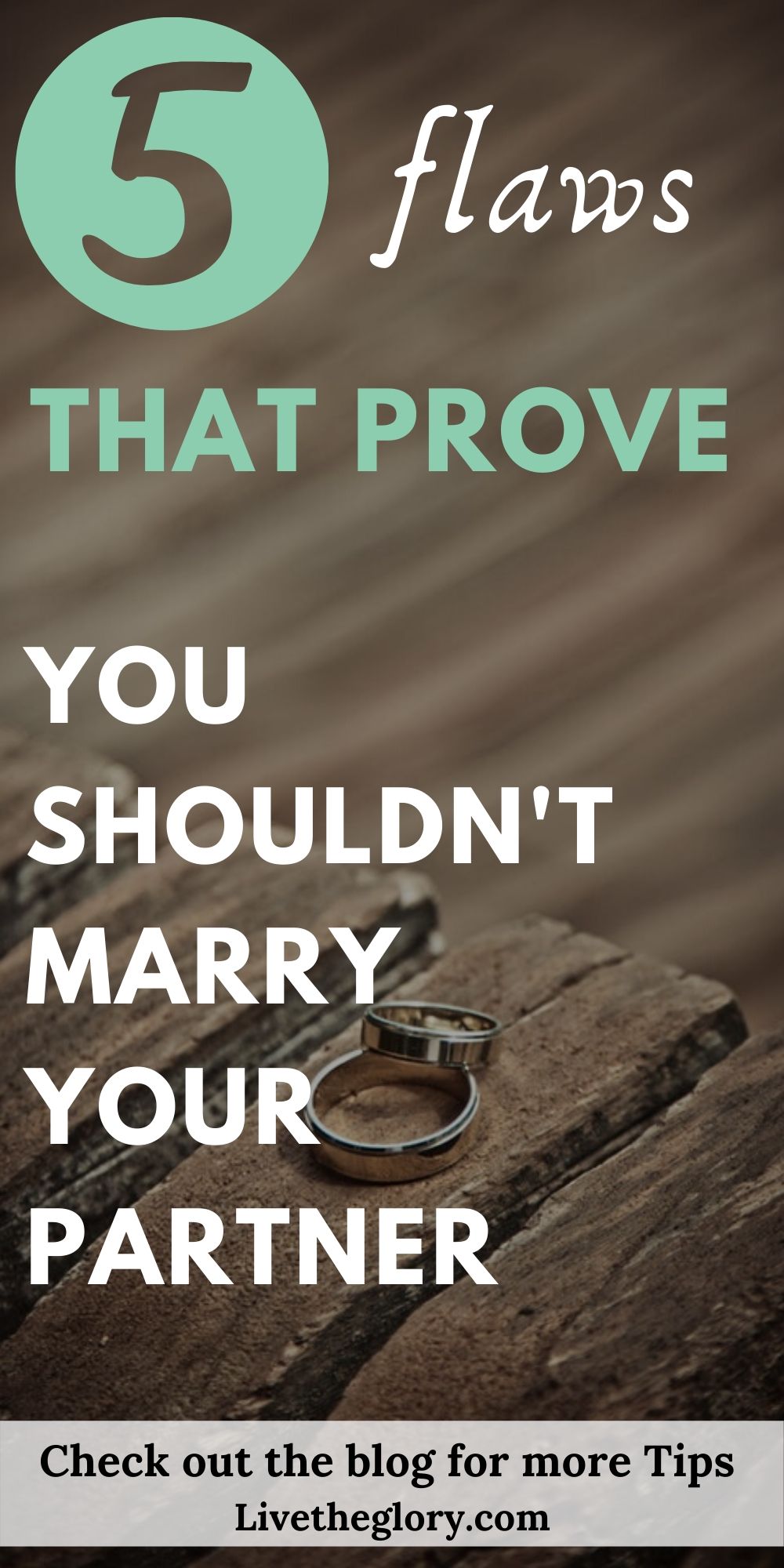 One more infidelity, one argument too many, an unacceptable lie and then a round of blows. Stop there! Breaking up is a matter of survival, at the risk of living in the shadow of yourself, in anxiety and fear of maintaining a toxic relationship. You have to know how to put your finger on what is wrong and decipher the signs that show that you are in a relationship doomed to failure, if it is obnoxious, violent, manipulative, deceitful, dishonest. Run away !

He makes you unhappy

The magic of the beginnings is fading, the weather of your couple displays a gloomy weather. No romantic weekend or discussion seems to be able to revive your relationship. If it annoys you, distresses you, belittles you, despises you and that your couple is only synonymous with anger, stress, boredom, contempt, there is no doubt. This is the point of no return, you are about to break from weariness.

He is possessive, manipulative and sickly jealous

It may be flattering to live with someone who is slightly jealous and possessive. But from there to consider yourself as his thing, that he can carry the baton. He sets limits and rules that only suit him. He blackmails you emotionally, isolates you from your family and goes so far as to dare forbid you to see your cousin on the pretext that he does not hurt him. A simple smile to the neighbor above and it’s war, a more visible lipstick and it’s interrogation. Gone are the days when you could put things in perspective. It is no longer a companion, but an executioner with whom you share your life, impossible for him to envisage a life of couple from a positive angle. This control is a sign that he has no respect for your person and that this can quickly degenerate into moral harassment.

In addition, he is disrespectful, obnoxious and humiliating towards people, in restaurants and in the street, be careful! Sooner or later you will end up paying the price. Leave it, you will be more relieved.

Nearly one in four women has already been victimized at least once by either her physical and / or psychological violence. The cycle of violence occurs in a couple without warning. The manipulative spouse is gentle and affectionate at the very beginning of the relationship in order to better control his partner, once certain of having acquired it, the first disturbing behaviors appear. That’s when the vicious circle of violence really begins. Do not ignore the warning signs, do not allow yourself to be reached or softened and above all do not be one of those who are afraid of reprisals or who are ashamed to break. Reproaches, guilt, even threats are part of the tackle’s modus operandi. Act the end of the story.

He has a bad influence on you

If your partner is addicted to alcohol or drugs or has bad friends, you have tried to help him, but he persists in not wanting to change, it might be time for you ask how you ended up in such a destructive relationship. By his side do you feel safe, fulfilled and confident in your future? If the answer is no, you don’t need to draw a picture, you know what you have to do. You don’t give a damn about the judgments that those around you will make, you are neither selfish nor ruthless, they know nothing of your investment in wanting to change things. If being insensitive is saving your skin, then be it!

He deceives you wrongly and through

Why the break is necessary? Because infidelity is an insidious plague. It’s direct big red card because if you forgive these repeated infidelities, you send him an indulgent signal “you’re cheating on me and it’s enough to lose me but I know you only love me …”, while you are supposed not to overrule.