Create a post
by mybesttricks 1 month ago1 month ago

The hardest thing in a new relationship is whether the other person is really interested in you. Men are generally more difficult to read and it can be really difficult to know if they have feelings for you.

So you’ve been going out with this guy for a while and you feel that everything is going well without living up to your expectations, what are you doing? Do you keep giving time and energy? It is not that you are not interested, on the contrary, you are really interested in making this relationship work, but you feel that it may not be as invested as you.

In both cases, if you start to question yourself as to whether a man has feelings for you, you will either begin to have the impression that everything he does or does not do is a sign that he doesn’t is very interested in you. Conversely, you may interpret each sign as proof that they are interested in you and construct a scenario filled with expectations that may never materialize.

“It is better not to hurry to declare your love before being certain that this love is not shared. ”
– George Sand

How do you know if a man has no feelings?

1- You must initiate all conversations.

Yes, he may be nervous and intimidated by you because he has feelings and is afraid of revealing himself too quickly. It is a possible option, but in general, if he wishes to invest in a serious relationship, he will want to learn as much as possible about you and he will seek to establish contact without delay after you. If you have to start all the conversations and make every effort, it is an obvious sign that he is not looking to invest in a romantic relationship with you.

2- He flirts with other women in front of you.

If a man, whether he is a friend or a date, and he has not given up on his seductive behavior with other women, it is likely that he is not really invested in the relationship as you are or that he just sees you as a friend. He may try to make you jealous, but this is more of a female behavior. A man who wishes to engage and build a lasting romantic relationship with you will tend to put his attention on what he covets, therefore on you.

3- He doesn’t seem to care about you when you flirt with other men.

In retaliation for his seductive behavior, you start flirting with other men and he doesn’t even seem to care. He may be comfortable with your relationship and trust you, but he is more likely to laugh at what you are doing because he does not want your relationship to get serious.

“Jealousy is one of the most human emotions. You feel jealous when you think you are going to lose a relationship that you really care about. ”
– Terri Orbuch, relationship expert

4- He never suggests you go out.

If each meeting is your idea and he does not offer any suggestion of going out or even just watching TV together on a Saturday evening, it is that he is not invested enough in the relationship. I suggest you put the rule of 3 into practice. After 3 propositions, if this man does not propose anything afterwards, if he does not come to you, it is because he is not lovingly interested in you. I personally use this rule in reverse to find out if a woman is interested in me. Lack of reciprocity is often a clear indication that someone is not interested in you.

5- You have the impression that he is not listening to you.

When you are together, which is not very often the case, you have the impression of being on another planet or that its attention is not directed towards you. Does he listen? Who knows! If you feel it isn’t, you’re probably right. It is best to find someone if you feel they are not listening to you.

6- He does not introduce you to his friends.

A guy who has no interest in continuing a relationship will not invite you to meet his friends. If he has never introduced you, know that he may not want them to meet with you. He may be embarrassed by the kind of people he hangs out with, but he may just not want his friends to meet the person he hangs out with.

7- You only see yourself when it works for him.

When you set a date, he never makes concessions to give you time and always puts work, friends, and family first. Although it sounds noble and loyal at first, it gets quite annoying after a while and you might start to feel like you are not a priority for him in his life.

8- He does not try to attract your attention.

If a man doesn’t make a fool of himself, at least every once in a while to try to get your attention, he may not care if he can. It’s hard to hear, but men have clear signs that he is interested in a woman. Wanting to be close to you and trying to get your attention is always at the top of the list.

9- You wonder about the future of the relationship.

If you still feel like he’s not invested in the relationship, it’s time to consider your options. When we ask ourselves too often about the future of a relationship, it is often an obvious sign that the relationship will not materialize. Make your choice and go find a man who wants to be with you and who deserves your time, your energy and your affection.

10- He ignores your calls and responds to your messages late.

Everything seems to be fine when you’re together, but you haven’t heard from her for days. It does not return your calls. He is not available. He calls when he wants to speak, but he won’t answer you, no matter how you react to it you’ve tried. One thing is certain, if he wanted to talk to you and was interested in you, he would take the phone or respond to your messages quickly.

One of the surest signs that someone likes you is a quick response to your messages. This is a sign that the other person is enthusiastic about receiving your messages and wants the conversation to continue. This shows that responding to you is a priority, even beyond other commitments.

11- He will avoid setting a time for another date.

You have had a few meetings, but when the time comes to organize the next date, it becomes cold, it does not want to commit and always postpones until later. If he seems to be too busy by the end of time. You can give him the benefit of the doubt, but he’s more than likely not interested in you. Always keep in mind the following sentence: a person who really wants something will find a solution, someone who does not want will find an excuse.

12- He only calls you for intimacy.

He may not pick up the phone when you call, but he remembers who you are when he wants to have physical intercourse with him. If you cannot read his intentions beyond the bedroom, it is an obvious clue that he will not seek to develop the relationship in the direction that you would like. If a man has feelings for you, he will appreciate many aspects of the relationship and suggest that you go out.

Contrary to the previous point, this man does not even try to put you in his bed. If he’s just hanging out with you, he’s happy to hang out with you, but he’s not interested in taking your relationship further physically, maybe he just wants to be friends, but he’s more likely not to see it going anywhere and not being emotionally involved with you. If he’s a good guy, it’s also possible that he doesn’t want to hurt you emotionally knowing that he won’t want to go further than a modern friendship.

If he is dating other women and he is not yet committed to you, this could warn you that he does not wish to formalize your relationship. If you see him with another woman in public, don’t panic and take the time to talk to her about your relationship expectations. Don’t be surprised if he says he’s not interested in a long-term relationship yet.

Look, if a guy treats you like a piece of shit, you’re the one who doesn’t get the not-so-subtle messages. Take your pride and go find someone who will be nice to you and who will love you for who you are.

Most of the above signs are also signs to be seen if a woman is not interested in a man. If you want to understand men, the first thing to know is that men and women actually come from the same planet. If you want to better understand men, then you should take into account the differences and similarities between men and women while keeping in mind that each person is an individual with their own needs and hopes. 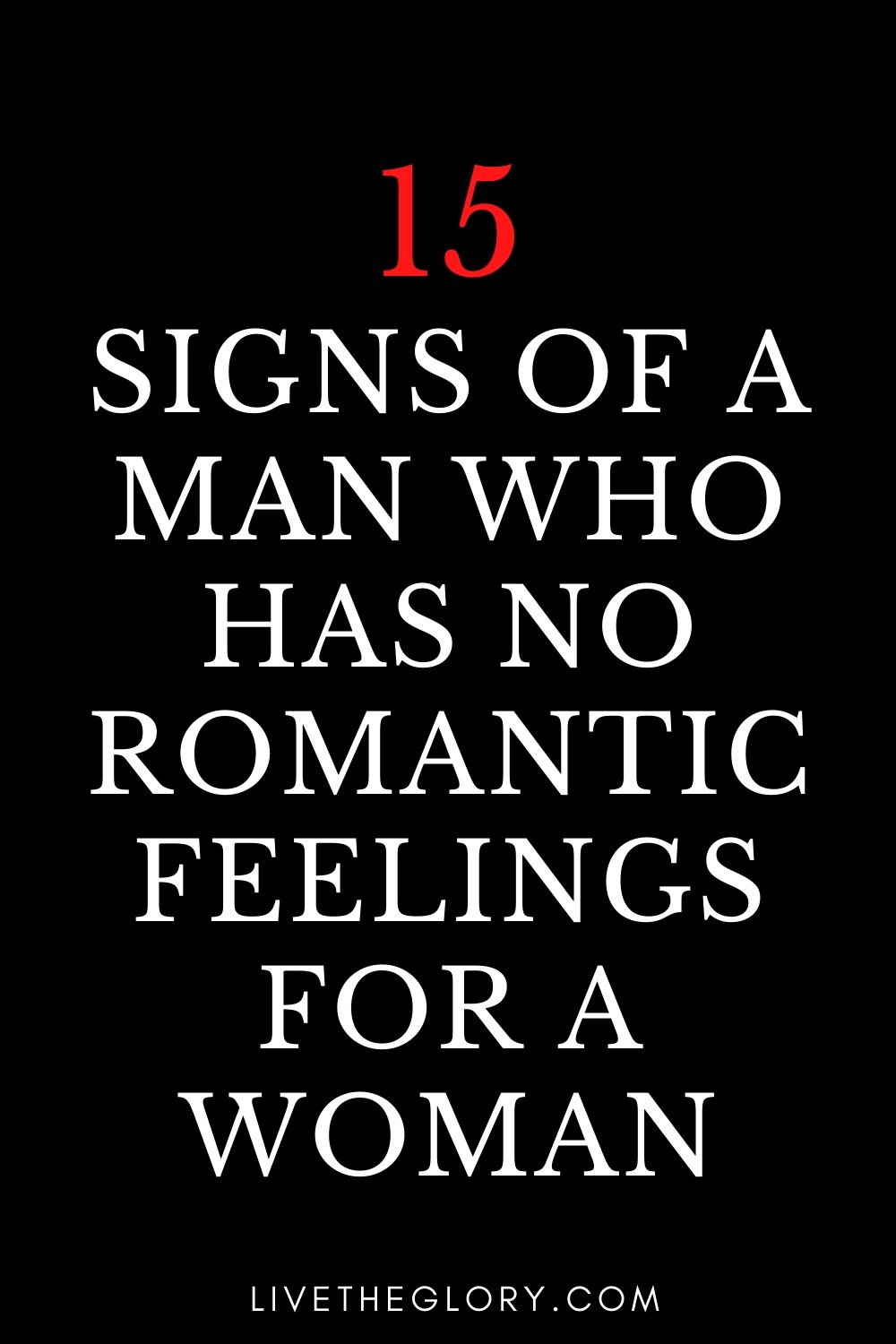