Even if you trust your guy, there can be times of doubt. The first thing we say to ourselves is that our partner may be cheating on us. To avoid unnecessary doubting, we draw up the 10 signs that prove that your guy is faithful.

We can never say it enough, but the most important thing in a romantic relationship is trust. You have to trust your darling, and vice versa.

The problem is that we all (and all) go through small moments of doubt within our couple . And for a moment, we think that maybe, just maybe, our guy could be unfaithful.

Even if it is totally unjustified and everything is going well in your relationship, a few small questions can tease you from time to time.

To try to reassure you a little, we have listed 10 proofs that your guy is not unfaithful. Obviously, all the characteristics are not to be taken literally!

Unfaithfulness: the signs that he is faithful

In many situations, adultery is a selfish act. If your boyfriend is the type to let you down, cancel your plans at the last minute and is never there when you really need him, he is probably the kind of man who will not hesitate not be wrong.

However, your darling can also be very attentive and kind, but still cheat on you …

If your boyfriend tends not to lie, to dodge certain questions or to avoid you for a few days, it is because he is not a style to be deceived.

Maybe he just knows how to lie very well, but the probability is still slim.

If, during your relationship, you have discovered several times that he was lying to you about important things (such as the fact that he lost his job… six months ago), it is very likely that he can lie to you about something else.

You know his schedule by heart. And between his work, his band of friends and the sport, he really does not have much free time.

His only moments of availability, he does everything to spend them with you. So, unless he gets up at night or has the same time turner as Harry Potter, there is little doubt that he will find a time to cheat you.

If you tend to be jealous in love  and he easily mentions that he had lunch with a colleague, you probably don’t have to worry.

If he tells you about his days, that he introduces you to his relatives, his friends, it is that he does not lie to you (and that he is not a follower of stashing , and that is a point for him). At the same time, don’t freak out if you don’t know all the names of the people he works with.

How to recognize a faithful man?

If he has a good track record, it’s already reassuring! Conversely, it is not because he made a mistake with his ex that he will necessarily start again. We all learn from our mistakes!

If you have already cheated on him and he realized it, he may want to take revenge. Be careful, you may be in a toxic relationship  : there is no point in staying with someone if you spend your time hurting yourself.

We agree whether you take care of him or not is no excuse. But it sometimes happens that a person makes a deception because he feels abandoned, that he wants to please, etc.

However, if you take care of him, it can also happen that he cheats on you anyway.

Even if there may be no signs, many people realize the signs far too late. If he is suspicious, hides his phone, is often absent, he may be hiding something from you.

In bed, everything goes very well and you love  s ex with him. This is still a non-negligible point.

Obviously, even if you no longer make love regularly, that does not mean that your darling is cheating on you! 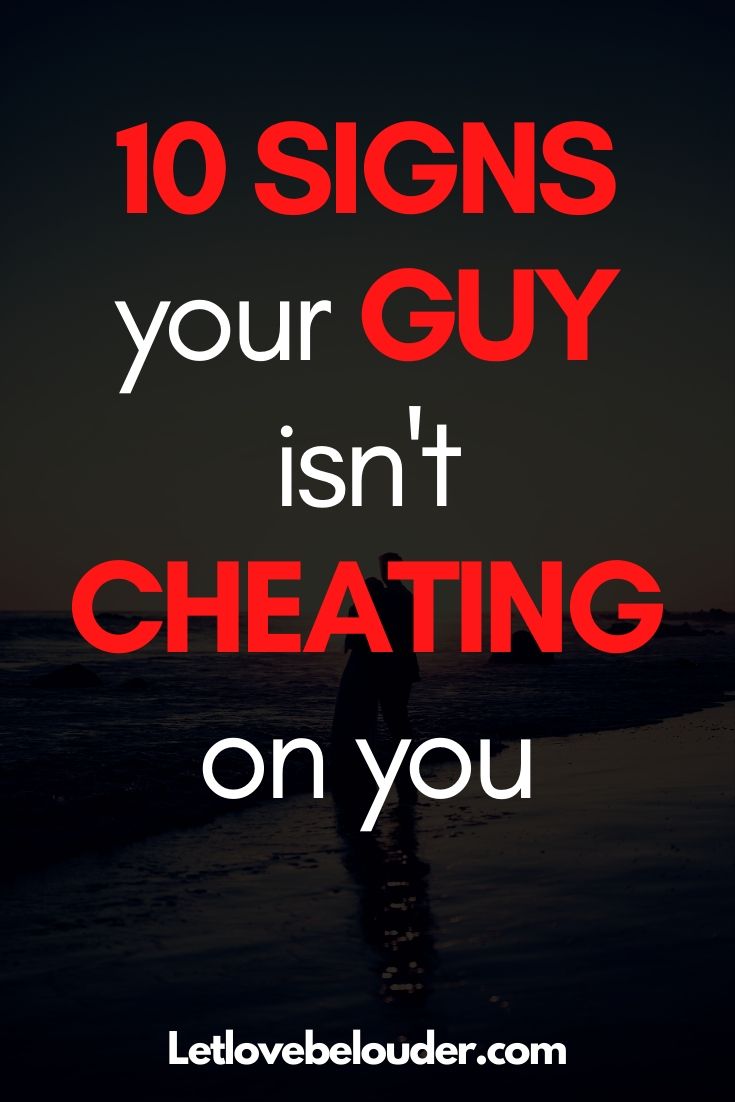